America, I Love You, But…

General Research
America, I Love You, But…

….please be aware of how you present research results in the news.

Happy Election Day! In the spirit of our great democracy, I wanted to share a few articles I’ve been collecting— all about young people and voting.

First up: A newsaggregator I read every day called “WTFJHT” included this finding: “34% of young people ages 18-24 say they are “extremely likely” to vote in the midterm elections – up from 19.9% of 18-to-29 year olds who voted in 2014’s midterms (Center for Information and Research on Civic Learning and Engagement).” Let’s compare apples to apples, please. Yes, that’s a big difference, but my suspicions are piqued because they’re comparing 1) people who voted in 2014 to people who are “extremely likely” to vote in 2018 and 2) two different age groups. 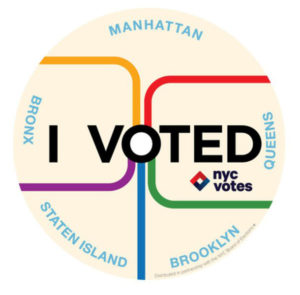 This catchy headline went semi-viral a few weeks back: “Why College Students Don’t Vote Absentee? They Don’t Know Where to Buy a Postage Stamp.” But look at the article! It’s based on one focus group. How are you going to draw conclusions about “college students” from a focus group of “college interns from across numerous county departments” in ONE COUNTY?!? I would have rather seen these researchers do a survey to supplement their focus group– or at least make it clear that they are not, in fact, talking about all college students.

And finally, this one from New York magazine, “12 Young People on Why They Probably Won’t Vote,” passed my scrutiny, even though it is a piece of journalism, not a qualitative research study. The authors got up close and personal wth a few people. We can see some of the why behind the percentages, and while we can infer that these 12 young people probably represent many of the broad themes we’ll find among a lot of their peers, the authors never say “80 percent of millennials don’t vote because…”

There you have it, America. Quantitative research (polls and surveys) gives us numbers: how many and how much. Qualitative gets at the “why” behind the numbers, usually with a smaller number of people. The two can work great together, but neither is a substitute for the other. And whenever you report on research results, be transparent about your methods– especially if suspicious people like me are going to read your report.

Now get out there and vote!