There are reasons to be wary of social media. Whether it’s the negative effect it has been shown to have on our mental health or the fact that platforms have been used by foreign countries to interfere with our elections, we would probably all agree that we shouldn’t just blindly trust everything we see on social media.

But our knee-jerk reaction to skepticism might be preventing us from engaging in important movements, like Black Lives Matter.

Unlike in the past, the civil rights movement of today is marked by a decentralization of leadership, and as such relies heavily on social media for outreach, engagement, education and organizing. We talked to Americans to see how they are feeling amid the pandemic and recent police brutality protests and found that Black folks trust social media more than white, and are more likely to be engaging with it in meaningful ways. An example: 42% of Black folks say they learned a lot about the history and underlying reasons for the Black Lives Matter protests on social media – compared to just 26% of white people. And 40% of Black people have been inspired by social media to engage in activism ‘in real life’ – compared to just 18% of white people. 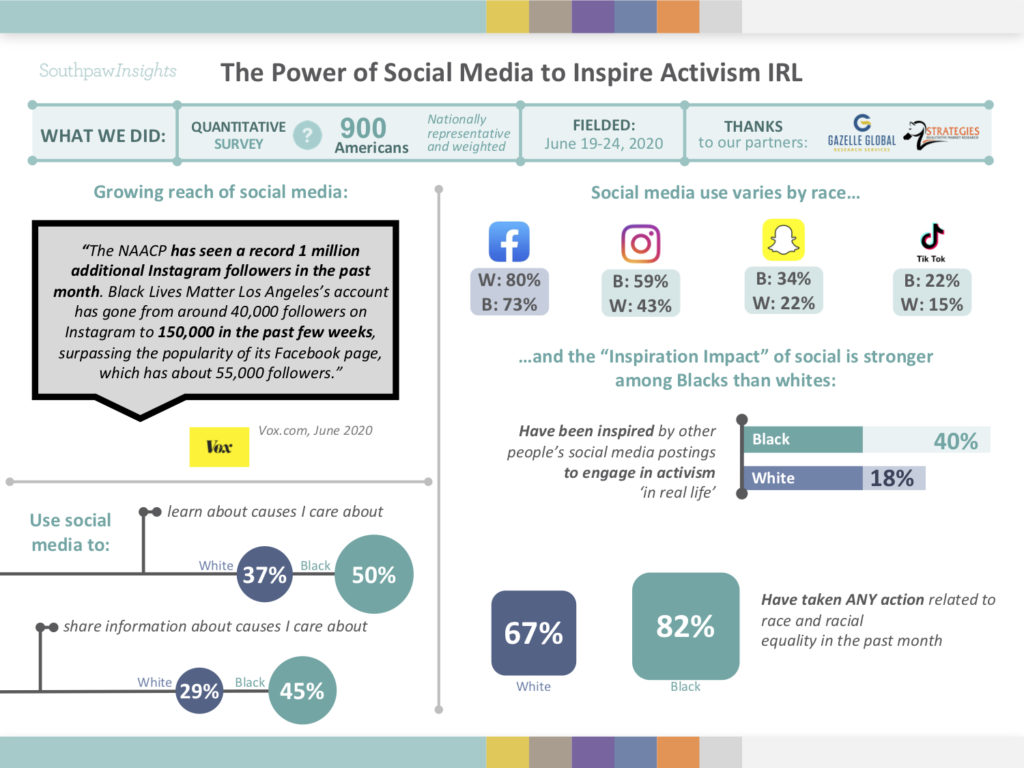